New Rooms and Suites at the Bauhaus Hotel 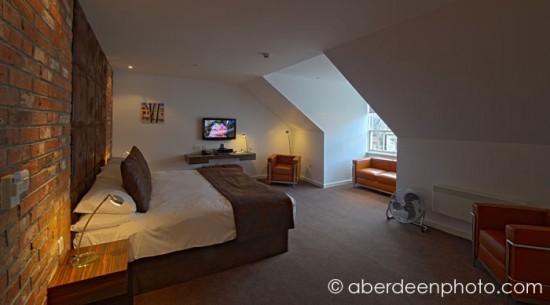 Last week I was photographing some of the new rooms just opened in the second phase of the Bauhaus Hotel. I have been involved with the Bauhaus hotel from the planning stage with Nick Garett (the owner) and the late Bob Fitzgerald (the architect). I supplied a building wrap used on the scaffolding during construction and then produced artwork for canvasses for the rooms, and other artwork for the public areas. Some of this has been featured in previous blog posts – click here for a post about Bob, here for the canvasses supplied, and here for the photography of phase 1. 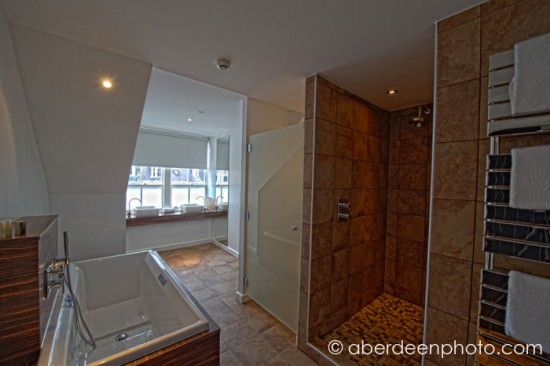 The new rooms and bathrooms are fantastic, high quality ipod music systems, LCD TV, double showers, large baths, TV screens in the bathrooms, and everything you could need from a hotel room, right in the city centre. 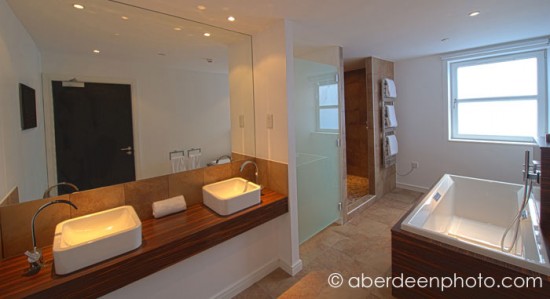 The beautiful bathrooms were very tricky to photograph. For the shot above, myself, camera, and tripod were very visible in the mirror. However by trying to have most of my reflection on the black door on the mirror made it easier for Lukas to re-touch although he still had to put back in the door frame etc. It is for things like this that it is great to have a Photoshop Expert on the team (see post) 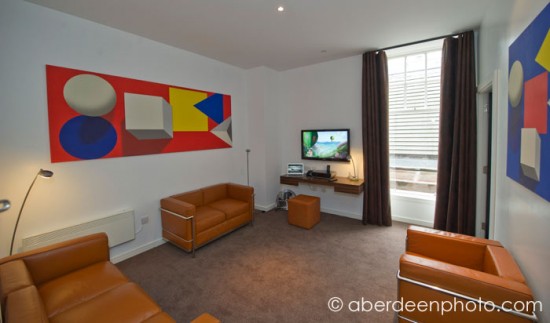 In this shot you can see the large canvasses we supplied. For these we created the artwork in Photoshop to match the Bauhaus theme. These canvasses are up to 2.5m (8 ft) in width and as well as having a striking impact in the rooms, they greatly enhance the acoustics. This is the lounge off the bedroom in the shot below. 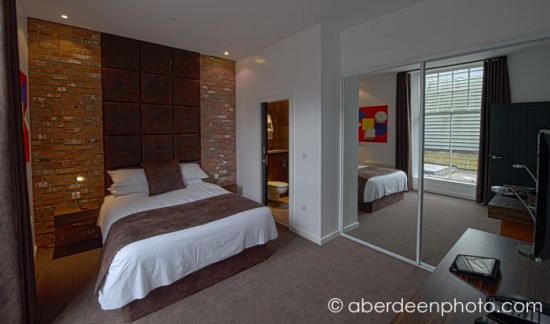 In the corridors there are lots of canvasses, all in the Bauhaus theme, but in the area below, we used three large perspex panels, two of them about famous architects that influenced Bob’s design for the hotel. Walter Gropius, the founder of the famous Staatliches Bauhaus school in Germany. Bauhaus, was a school that combined crafts and the fine arts, and was famous for the approach to design that it publicized and taught. It operated from 1919 to 1933. The term  Bauhaus is German for "House of Building" or "Building School".
Le Corbusier was a Swiss architect, designer, urbanist, writer and painter, famous for being one of the pioneers of what now is called Modern architecture or the International style. For the perspex display panels we used an image of the Architect and an image of something they were renowned for  – Gropius and the Bauhaus School, and Le Corbusier and The LC2 Petit Modele chair. 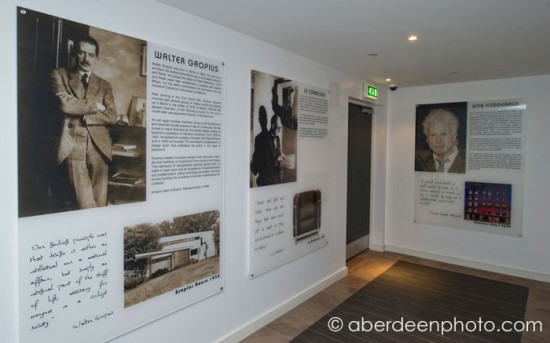 However the biggest influence on the Bauhaus Hotel in Aberdeen was Bob and we used a photograph of Bob and a photograph of the outside of the hotel to create a display panel featuring Bob. There is another set of these perspex displays in reception. This is a great tribute to Bob and it is appropriate to be featured in his last big project.