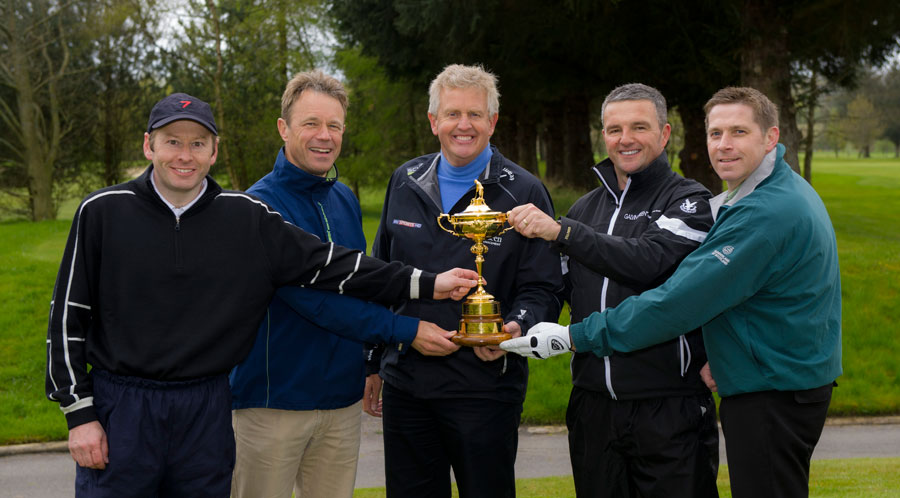 The organisation founded in memory of Colin Montgomerie's mother, the Elizabeth Montgomerie Foundation has embarked on an ambitious campaign – Monty’s Maggie’s Appeal – to bring a Maggie’s Centre to Aberdeen. The centre, which will be built on the Foresterhill Hospital campus, will transform the support given to individuals and families affected by cancer in the north and north-east of Scotland.

To continue and build on the fundraising efforts, the third, and final, Montgomerie Cup was held in Aberdeen on the 10 &11 May 2012

The third and final staging of the Montgomerie Cup for the Monty’s Maggie’s Appeal will help raise funds to build a Maggie’s Centre in Aberdeen that will make a significant difference to cancer sufferers and their families in the north and north-east of Scotland. Like Colin, most of us have been affected by the impact of cancer and, as a consequence, we all understand how difficult it is to bear the disease.

The Monty’s Maggie’s Appeal has gathered the support of the community at large and together we will improve the quality of cancer care locally.

Again this year, a significant sum has been raised to take the appeal closer to the goal of building the Maggie’s Centre promptly. All the photographs from the event can be viewed here.

An intimate reception and four-course dinner at Dalhebity House, Bieldside was a unique opportunity for the team captain's to meet the host, Colin Montgomerie, in an informal setting.

The partners of the hosts of the golf teams were invited to a champagne reception and a cooking demonstration from The Kilted Chef, Craig Wilson, hosted by Gaynor Montgomerie at Dalhebity House.

Colin started the day at Deeside Golf Club with a short and long game golf clinic before the tournament itself. Colin played a hole with each team where they all were photographed with Colin and the Ryder Cup.

The players and their partners joined Colin and Gaynor at Dalhebity House for cocktails, a sumptuous dinner, the prize-giving and fabulous entertainment.

As a thank you for your support of the Monty's Maggie's appeal, every team captain is getting a fabulous book featuring all four "rounds" of this amazing event.

These books would normally retail at a minimum of £395 (much more if commissioned individually), but aberdeenphoto.com, as a sponsor of the Monty’s Maggie’s Appeal, has contributed to them to such an extent that they are being offered at the amazing rate of £150 per book or an even more amazing rate of £400 for 3. Each book contains the Captain's dinner, a minimum of a 2 page spread of each team, the ladies champagne reception, and captures the Celebration Gala Dinner – the ultimate memento of a very special day with Colin Montgomerie, triumphant Ryder Cup Captain and one of Europe’s greatest golfers.

The Ryder Cup Celebration has been a 3 part event and you can complete your commemorative set by purchasing either or both of the 2010 / 2011 books at the special price of £150 each.

Purchasing 3 Commemorative books is discounted even further to £400 (any combination of same or different years).

Due to the sponsorship by aberdeenphoto.com, the Monty's Maggie's appeal will benefit from all commemorative book sales.