On Sunday night, Sandra and I along with friends Angela and Alister Sinclair and their son Don, went to Edinburgh Castle to see the incredible Mick Hucknall and Simply Red in what is going the their last year of touring. 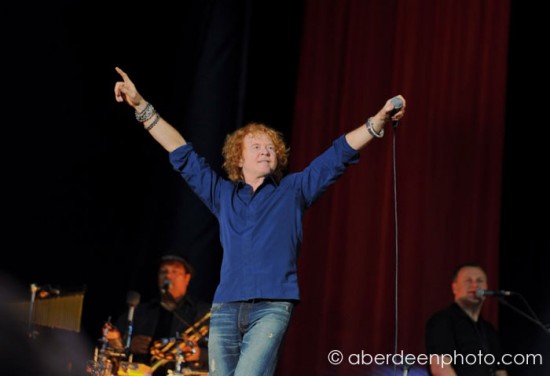 Although a relatively short performance of just over 90 minutes , Mick played a very upbeat set full of energy, and the huge crowd spent most of the concert on their feet singing along with one of the best voices in the music business. 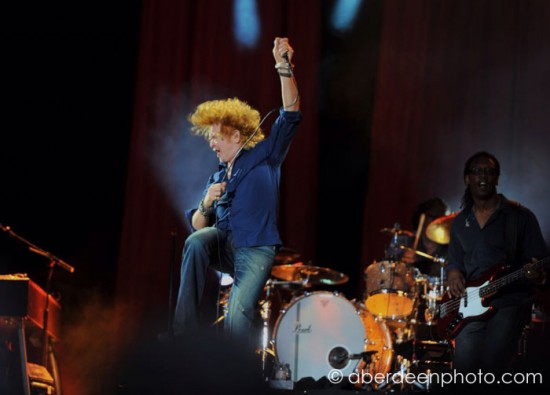 Sandra and I saw him in Glasgow last year when he played much more ballads and used backing singers which was very different to Sunday night but his voice was as impressive as ever.

We had seats relatively close to the font and using my favourite 70-200VR11 lens on the D3s, it was easy to get some good shots. The 80-400 would have given me more flexibility to get a range of shots as almost everything was taken at 200mm, but at the expense of the f2.8 aperture and the super sharp images of the nano coated VR11. After the concert, we went for a late dinner and I downloaded a few images from the compact flash card to my iPad and had a short slideshow complete with Mick singing to show my fellow diners in 15 minutes. The images on this post were sent from my Ipad so are exactly as they were taken with no adjustments or any enhancement.

Click here to see more images uploaded to gallery. The rest of this post (click on more below) includes a slideshow of images set to Mick singing live. 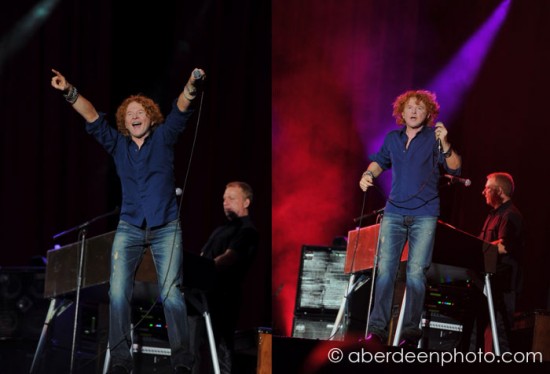 Unlike the Rod Stewart concert at the castle on Wednesday where everyone got soaked we had a lovely evening up to 10.00pm and only the last 2 numbers were performed in the rain. 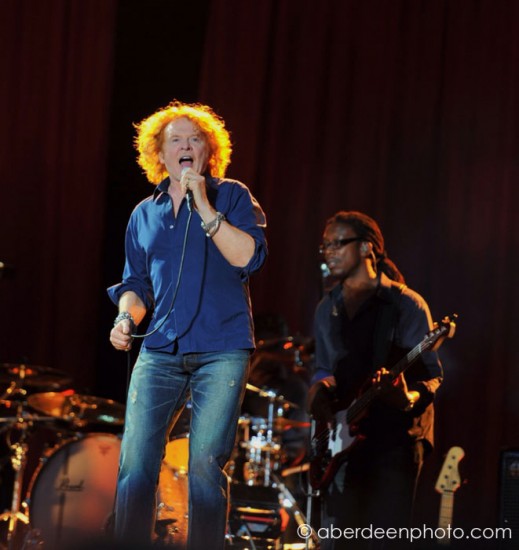 If you have the opportunity to see Simply Red in this, their last year, I would thoroughly recommend it, and we may go to the O2 in December to see them again as there may be seats available now that another date has been added.

Click here to get details of the O2 concerts.