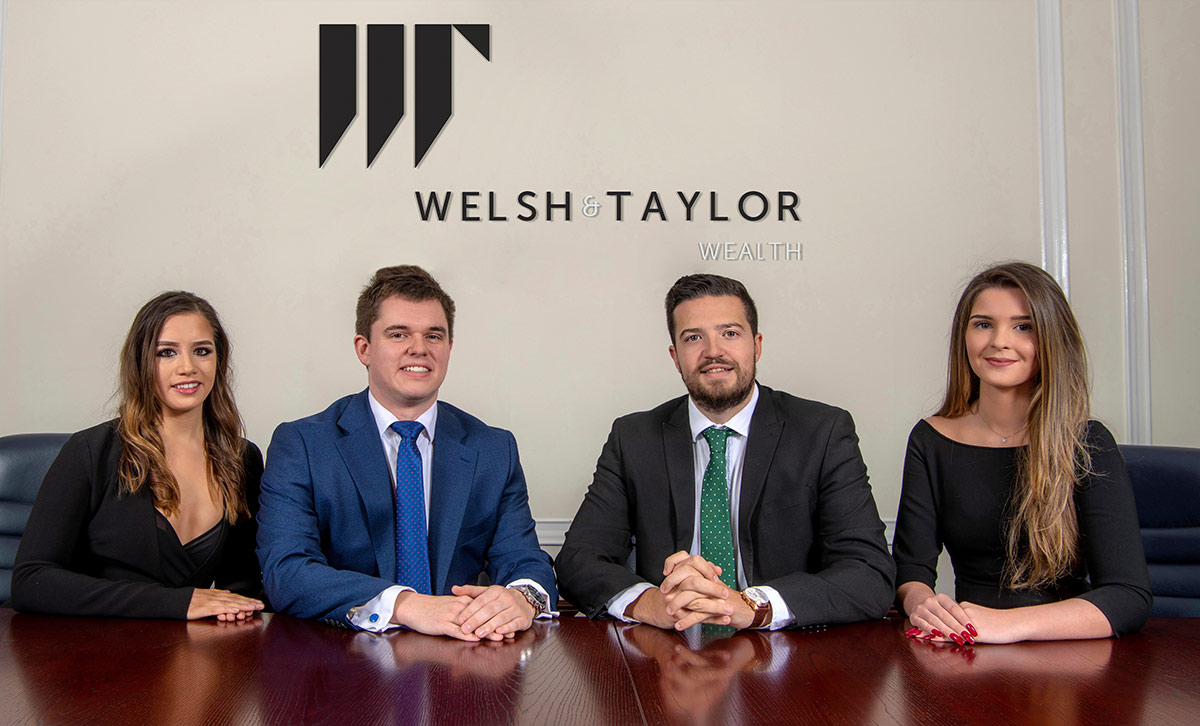 In December, I photographed the Welsh and Taylor team at the St. James Place offices on Queens Road. The images were for their website, social media, and press release in January once the company was officially launched. 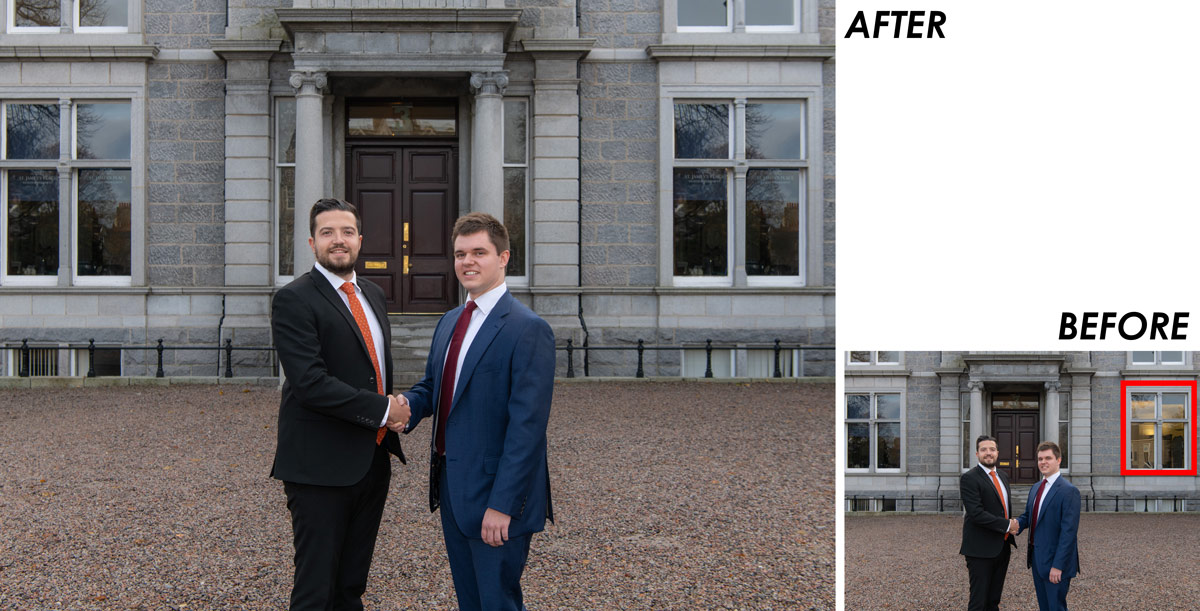 I took a wide range of shots in the boardroom, in a meeting room, and at the front of the building. In post-processing, we added logos to the walls. We also took with and without ties and jackets to give a range of shots to use. We did some editing making the windows match, removing moss on the external sign, and other minor edits.

I set up lighting and a background to take headshots of the team at the same time. 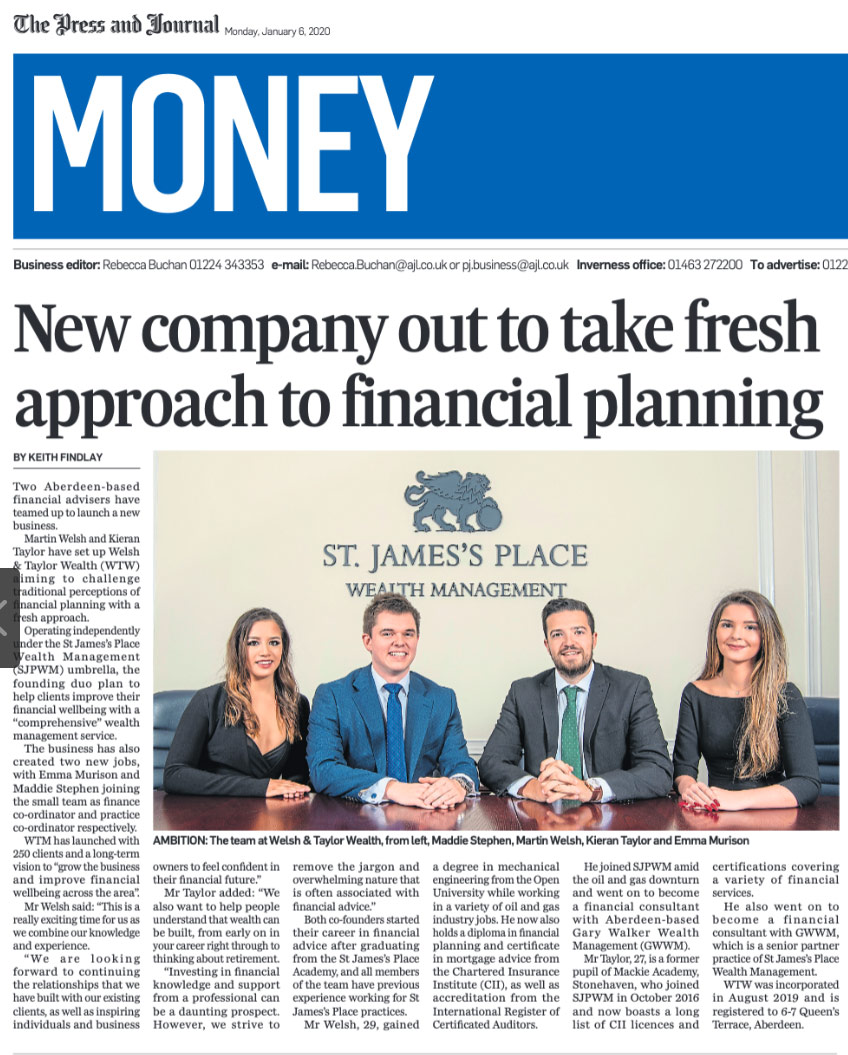 The images were used a lot and got good coverage in the local press, and social media. 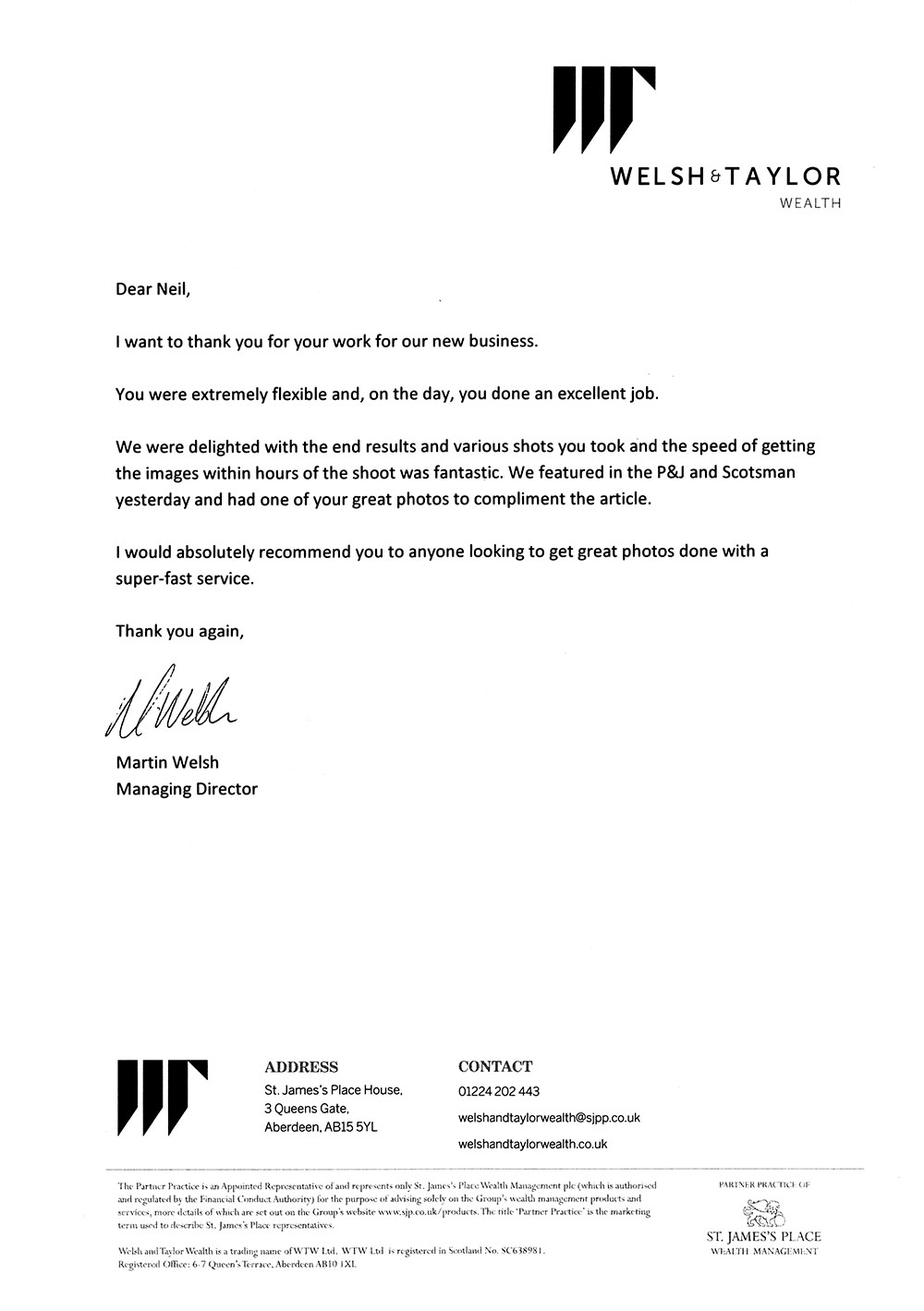 Martin was kind enough to give me a great testimonial at BNI Aberdeen North where we are both members.

“That’s brilliant, thanks so much for all your work on the editing as I appreciate we asked for a lot!
Thanks again, we are delighted with them!” 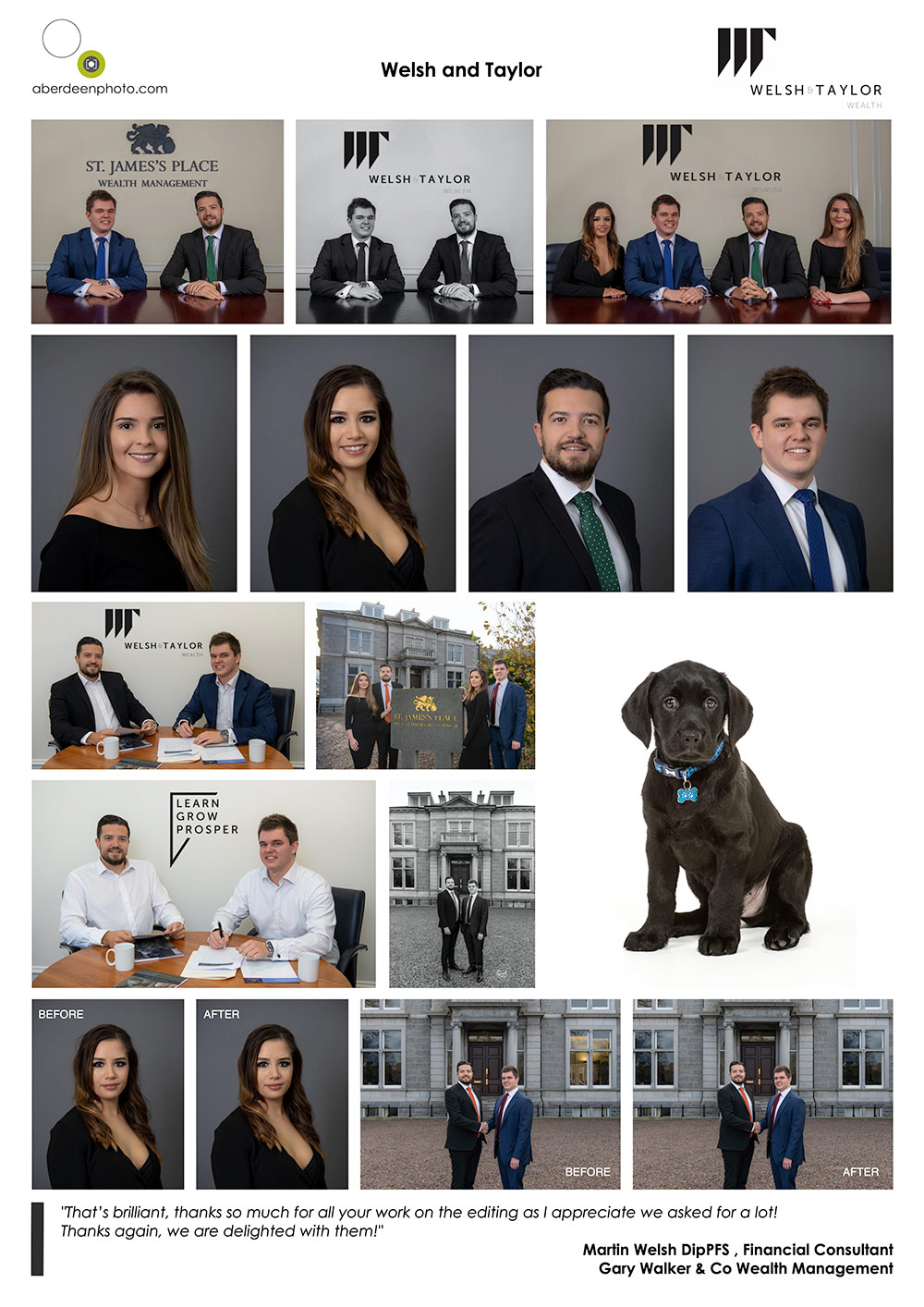 I featured this shoot at BNI.

Globally, the 227,000 members of BNI passed over 9.8 million referrals which resulted in more than $13.6 billion in business.

One element of the meeting is that each member has 60 seconds to let the other members and visitors know about their business, and ask for a specific referral. Every week, I show one recent job, or a selection of the work done the week before.

If you are interested in discussing photography or attending BNI, please contact me by email (neil@aberdeenphoto.com) or phone me on 07813 705 205