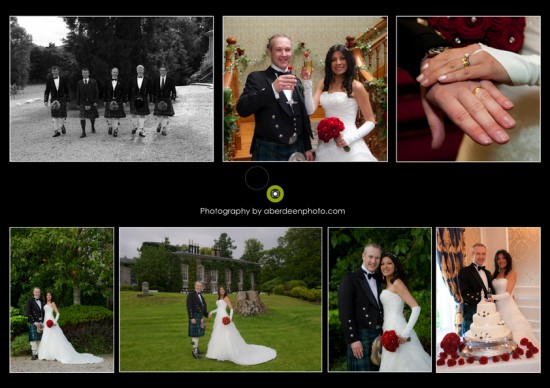 On Sunday August 29th, Lisbeth and David had a party to celebrate their wedding. They had been married in Peru the previous week and the party at Thainstone was to celebrate this with their friends in Aberdeen. We started with informal shots when the guests arrived and had champagne and canopies. Then it was outside for some family and friend groups, some shots of the happy couple, and a big group of everyone, and then a photograph of each couple before the for dinner. David, who had been working with me, stayed on to photograph the speeches and dancing. You can view all the images here.

Lisbeth and David got the images taken in Peru on disc and we are going to create an album with both sets of photographs. As it was windy, we took a lot of the group photographs in a sheltered area…

but then for the photographs of Lisbeth and David,I tried to use some different areas in the grounds starting with shots looking back on to the hotel 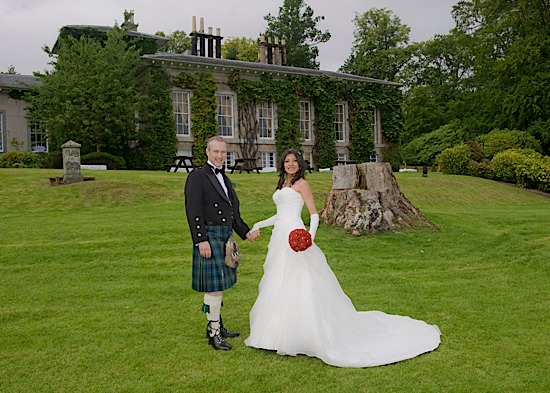 and then opposite the front door there are steps and by using flash (my new Trio – see post) to light the couple, a nice effect of the trees framing the shot is achieved. some re-touching to remove bins to the right of the door and a red car in the bottom left corner and this becomes one of my favourite spots at Thainstone. 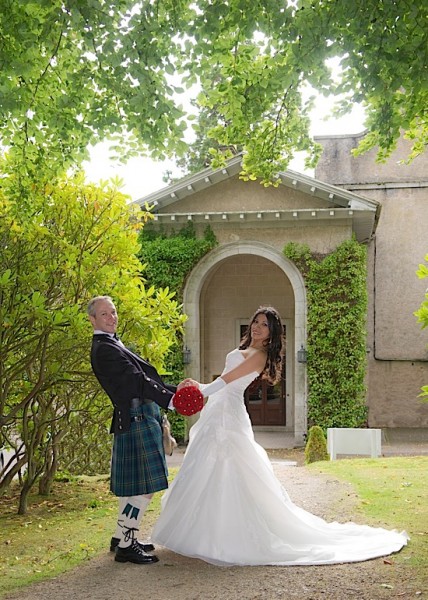 and then a few at the doorway 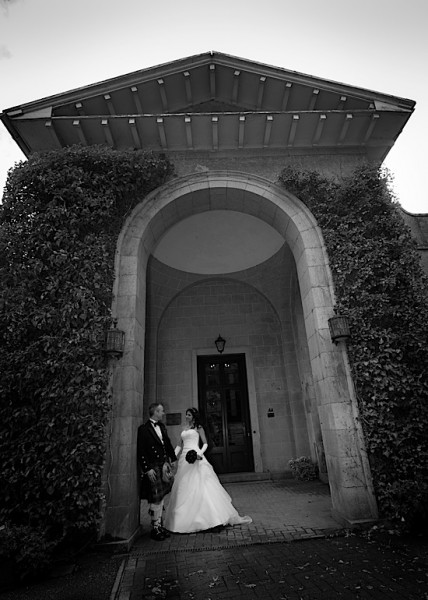 something inside the front door

and a group of everyone from the top of the stairs before every couple got their photograph taken before dinner. 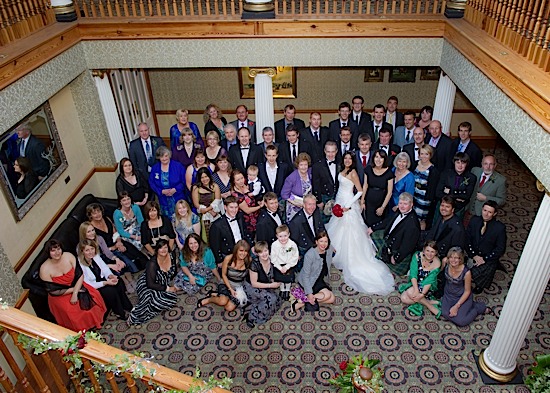